What Are Optical Transceivers Used For?

In order to carry all this traffic over an optical network, whether FC, Ethernet or SONET/SDH, a component called an optical transceiver is required. Transceivers are wavelength-specific lasers that convert the electronic data signals from the data switches into optical signals. These signals can then be transmitted over optical fiber. Each data stream is converted into a signal with a unique wavelength, which means it is actually a unique color of light. These signals can be broadband at 850 nm, 1310 nm or 1550 nm, or narrowband at CWDM or DWDM wavelengths.

Because of the physical properties of light, no one channel can interfere with the next - they are completely separate from each other. Each channel is transparent to the speed and type of data, which means that any mix of SAN, WAN, voice and video services can be transmitted simultaneously over a single fiber or pair of fibers in a WDM system.

Typically, the output power and receive sensitivity of an optical transceiver determines how far the traffic can be carried. It also has a value that defines the amount of optical power available to successfully transmit a signal over a section of optical fiber.

Optical transceivers are used in most industries and are critical in telecommunication applications due to their ability to transmit high level data over the network. This versatile component can either be plugged into a network device or embedded in one. They come in a variety of shapes and sizes. The different types of optical transceivers are defined by form factors.

S-Light optical transceivers are among the world's smallest transceivers for harsh environment applications. They are the perfect match for endpoint devices and sensors where low power consumption and small board real estate are key.

D-Light optical transceivers are available in 2, 4 or 12 channels. the D-Light family offers the highest channel integration density. The series is designed for direct integration with high-speed FPGAs and SERDES for the most advanced data and signal processing applications. the D-Light series is available in 40 Gbps, 120 Gbps and higher versions.

F-Light optical transceivers are ideal for short-range communications. This range enables board-to-board communications at very high speeds without the use of fiber optics. They are compatible with automatic reflow processes and have large misalignment tolerances and vibration.F-Light optical transceivers are the perfect solution for high performance handling between boards, mezzanines and enclosures. 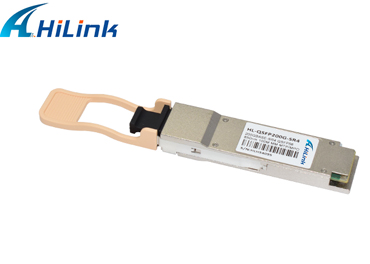 2.What applications can we use optical transceivers for?

Are you interested in learning more about optical transceivers for sale and how they can benefit you? Contact us today to secure an expert consultation!

Previous:  How to Classify Optical Transceivers?
Next:  Tips For Determining Transceiver And Fibre Optic Cable Selection