The main function of this electronic device is to transmit and receive different signals. In a local area network, a transceiver is part of a network interface card. It can either transmit signals over the network line or detect electrical signals flowing through the network. However, certain types of networks require an external transceiver.

In wireless communication devices such as smartphones and cordless phones, the transceiver is built into the mobile device.

What is the difference between a transmitter and a transceiver?

A transmitter is a separate electronic component that generates radio frequency ( RF ) currents or radio waves. These waves are used in communication systems to transmit data such as audio and video.

A transceiver, on the other hand, can both send and receive digital signals.

When trying to determine which transceiver and fibre optic cable to use in your installation, determining the required speed and the distance the fibre optic cable needs to run are two key factors that must be taken into account when first calculating your decision.

When using multimode fibre, it is important to remember that as your speed increases, your allowable distance decreases. As the need for faster speeds increases, it is critical that you choose a fibre optic cable that can support these faster speeds. You don't want to be running new fibre only to find out, in a very short time, that it doesn't support the next generation of network speeds. 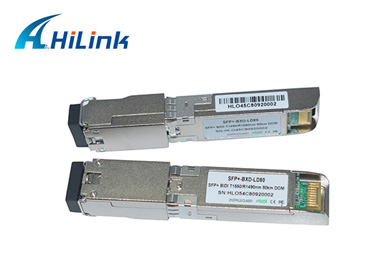 Speaking of equipment, the equipment you have will also play a role in the transceiver you need to purchase. It is imperative that you understand which transceivers your hardware supports and what speeds the transceiver ports will allow.

How do radio transceivers work?

In radio communications, transceivers can operate in either half-duplex or full-duplex mode: the

What role does a transceiver play in a radio communication network?

The role of a transceiver depends on its type. Four types of transceivers are used in wireless communication systems.

RF transceivers are used in baseband modems and routers for analogue (wired) and digital transmission. They are also used in satellite communication networks.

Ethernet transceivers are used to link electronic devices in Ethernet circuits. They are also known as media access units.

Wireless transceivers combine technology from Ethernet and RF transponders to increase the speed of Wi-Fi transmissions.

Previous:  What Are Optical Transceivers Used For?
Next:  How Do I Use the RJ45 SFP Module?