We liken fibre optic networks to powerful multi-lane highways, capable of carrying traffic between sites. Just as we have rules of the road for driving, we need different rules of the road to carry our optical traffic. These are known as protocols. Below, we describe each of the three key protocols for storage, data and voice.

Ethernet: A network technology used primarily to connect multiple computer systems to form a local area network (LAN), where the transfer of information is controlled by a protocol that avoids two or more systems transmitting at the same time. 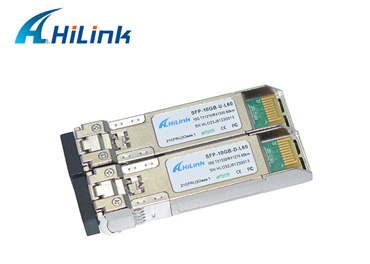 From electricity to light (and back again)

In order to carry all this traffic over an optical network, whether FC, Ethernet or SONET/SDH, a component called an optical transceiver is required. Transceivers are wavelength-specific lasers that convert electrical data signals from the data switches into optical signals. These signals can then be transmitted over optical fibre. Each data stream is converted into a signal with a unique wavelength, which means it is actually a unique colour of light. Signals can be broadband 850nm, 1310nm or 1550nm, or narrowband CWDM or DWDM wavelengths.

Due to the physical properties of light, no channel can interfere with the next channel - they are completely separate from each other. Each channel is transparent to the speed and type of data, which means that any combination of SAN, WAN, voice and video services can be transmitted simultaneously over a single fibre or fibre pair in a WDM system.

Typically, the output power and receiver sensitivity of an optical transceiver determines how far the traffic can travel. It also has a value that defines the amount of optical power that can be used to successfully transmit the signal over a section of fibre. 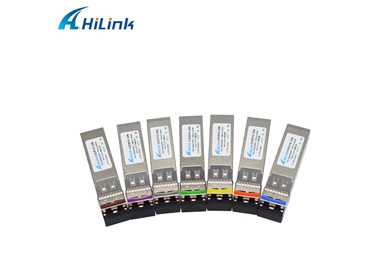 The form factor specifies the physical size of the transceiver - its shape and size. Dimensions vary by speed and protocol and tend to get larger over time as line speeds increase. Typically, manufacturers design according to a multi-source agreement (MSA). This is a standard used to ensure that transceivers of the same form factor from different suppliers are compatible in terms of size and function, thus ensuring interoperability.

Depending on the type of data to be transmitted as well as the transmission speed and distance, different transceivers can be used for different tasks. Transceivers are divided into three main categories.

Grey transceivers typically have two main applications. Firstly, they can be connected directly to a single Fibre Channel or Ethernet data switch to transmit data in the form of light over dark fibre. Secondly, they can be used as an optical interface for clients of transponder-based xWDM systems. 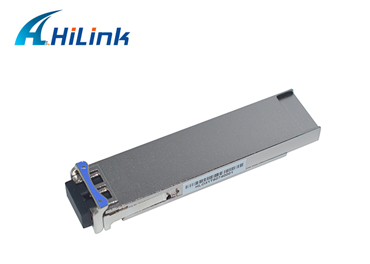 There are four standard transceiver types, each with its own transmission distance.

Single fibre (bidirectional). Bi-directional transceivers use two separate wavelength channels, one for transmission and one for receiving traffic over a single fibre. Just as our undivided highways have one channel travelling in one direction and the other in the opposite direction, this is how a bi-directional transceiver works. Typically it uses channels 1310nm and 1550nm, but for longer distances, two CWDM channels are used, typically 1510nm and 1570nm.

CWDM/DWDM, collectively known as xWDM transceivers, are different wavelength modes (coarse and dense) in a wavelength division multiplexing (WDM) system. Like the grey transceivers, they have two basic applications.

Firstly, they can be connected directly to a data switch to transmit xWDM wavelengths over dark fibre. Typically, LC jumpers connect the transceivers to a multiplexer so that other xWDM channels can also be sent simultaneously over the dark fibre network. Secondly, they act as an output (or line) signal for transponder-based xWDM systems.

Previous:  RJ45 vs SFP Port: Which One to Choose?
Next:  Transceiver vs Transponder Differences