What Scenarios Can Ultra-Thin Patch Cords Be Used In?

As the demand for information increases, data centers are becoming more crowded with active devices and cables. Due to their small wire diameter, thin patch cords have become widely used in data center applications. However, there is still some skepticism about them. This article will list the FAQ's and hopefully, you will find them helpful.

The answer is "yes". A slim patch cable is a thin Ethernet cable used to connect two electronic or optical devices to carry various signals. (In this article, thin patch cords refer to copper patch cords.) It is critical to the operation of electronic and optical equipment. Slim patch cords are a cost-effective and simple network upgrade, being 40% thinner than other Ethernet cables and suitable for use in tighter spaces. So how do you define "slim"? Typically, we use AWG (an acronym for American Wire Gauge) to describe Ethernet wire gauge. A slim patch cable is typically made up of 28 AWG or larger, while a regular patch cable is made up of 24 AWG. If you want to learn more about Ethernet patch cords Hilink will tell you more about them. 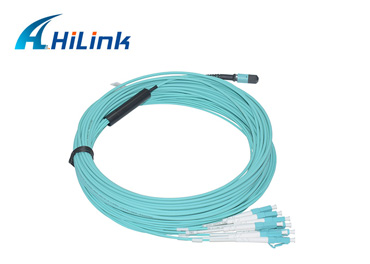 In most cases, patch cords may be the same in a copper network. A slim patch cable is thinner and better suited for high-density patch areas. It not only reduces congestion in the cabinet but also improves airflow. In general, the higher the ambient temperature, the more problems there will be. If the ambient temperature is not abnormally high, then there should be no problem using a slim patch cord for your patching needs.

Are slim patch cords suitable for Power over Ethernet (PoE)?

The answer is yes! Power over Ethernet (PoE) can be achieved with thin patch cords, although the industry currently varies in wattage recommendations. Today, 28 AWG patch cords can support PoE Type 2 - higher wattages may be included in the future. As recommended, slim patch cords are limited to less than 30W of transmitted power.

When using thin cables, the cables are closer together and generate more heat because of their smaller size. So don't bundle too many thin wires into one bundle to avoid overheating.

What scenarios can ultra-thin patch cords be used in?

In fact, thin patch cords can be used in all applications that require twisted pair cabling, including PoE. Because of the smaller wire diameter, they are often deployed in high-density environments, such as data centers and telecom rooms. And they allow easier access for maintenance and improved overall network management. It's also important to note that 28 AWG cables cannot be used as horizontal or backbone cables - only as patch cords to connect endpoint devices to other devices. According to the standard, their maximum distance is only 10 meters.

Without sacrificing speed or reliability, thin patch cords are an excellent choice for anyone handling large amounts of cable. Thinner patch cords equate to better airflow without congestion and overheating. They can also enhance your network, make the most of your server room, and clear space.