With the evolution of 5G technology and the pursuit of higher speeds in enterprise data centers, equipment providers are responding with 25Gbps edge devices that require more bandwidth than can be provided on a traditional 10Gbps interface. 25G SFP28 transceivers are the critical player among them. They come in various types that cover different transmission distances.

They can be plugged into the data center, campus, and service provider switches and routers to provide high-speed 25Gbps connectivity. 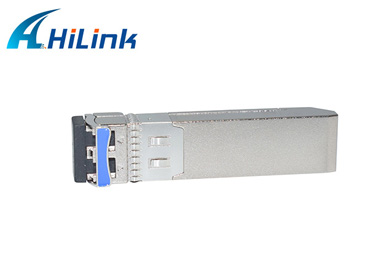 25G DWDM SFP28 transceiver is designed for 25G Ethernet and CPRI/eCPRI links over SMF where wavelengths are packed tightly together in order to increase bandwidth over existing fiber networks.

25G SFP28 LWDM transceiver presents as a low-cost solution among 25G WDM transceivers, for it adopts relatively cheap DML lasers to keep a stable transmission, making it an ideal and efficient solution in 5G front-haul transmission. The module can also save fiber resources by achieving the transmission of the multi-channel signals on one single fiber.

What is the maximum supported distance for 25G SFP28 transceivers?

The maximum currently supported distance for 25G is 40km using the SFP-25G-ER transceiver module. Additional optics may be released in the future to support longer distances.

Are 25G SFP28 transceivers of different brands interoperable with each other?

It depends on the SFP28 standards with which the 25G transceivers are compliant. As long as the 25G SFP28 transceivers meet the associated industry-standard specifications, they are fully interoperable.

25GbE transceiver is a critical carrier to implement 25G Ethernet technology in cloud and enterprise data center environments. As the enhanced version of SFP+, 25G SFP28 transceiver is able to handle 25Gbps per lane transceiver while ensuring backward compatibility to SFP and SFP+.

Previous:  FAQs on Using 100G QSFP28 in Data Centers
Next:  What Scenarios Can Ultra-Thin Patch Cords Be Used In?