What Is SFP Port on Gigabit Switch?

When beginning the transition from 1G to 10G network, many network switch users have encountered the issue of SFP to SFP+ compatibility. Will 1G SFP optics work with 10Gb SFP+ ports on a 10Gb switch? Or will 10Gb SFP+ run at 1Gb to link gigabit switches? What if using SFP+ ports on a switch but SFP on the other? Here we’ll reveal the mask of SFP to SFP+ compatibility.

Can SFP+ Optics Auto-negotiate Down to 1G with Gigabit Switch?

What Is SFP Port on Gigabit Switch?

What is an SFP port? SFP (small form-factor pluggable) port on the network switch is a compact, hot-pluggable network interface. Typical speeds were 1 Gbit/s for Ethernet SFPs and up to 4 Gbit/s for Fiber Channel SFP modules. SFP port (electrical port and optical port) enables a gigabit switch to achieve fiber uplink over longer distances or short-range copper uplinks by inserting the corresponding SFP module (fiber SFP or copper SFP). 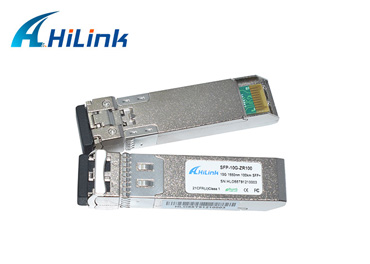 SFP+ and SFP ports are virtually identical in size and appearance. SFP+ supports 8 Gbit/s Fibre Channel, 10 Gigabit Ethernet, and Optical Transport Network standard OTU2. It is a popular industry format supported by many network component vendors. The primary difference is that SFP+ is an updated version of SFP but supports higher speeds up to 10Gbps.

There are mainly two types of 10Gb switch, including 10G fiber switch and 10GBASE-T switch, both of which could have higher-bandwidth uplink ports (25G/40G/100G) to connect with other higher-speed switches in the topology.

SFP+ slots can take SFP modules, most do but not all. It may depend greatly on the switch models. SFP+ ports often accept SFP optics but at a reduced speed of 1Gb. And sometimes this port will lock the speed at 1Gb until you reload the switch or do some fancy set of commands. Besides, the SFP+ port usually doesn't support a speed under 1G. That is to say, you can’t plug the 100BASE SFP in the SFP+ port.

If you are unsure about the connectivity, it is suggested that you consult the vendor to make sure the 10Gb switch port supports dual rate before plugging an SFP transceiver into the SFP+ port on your 10Gb switch. Here are three popular switches whose 10G SFP+ ports can take 1G SFP optic module.

Will 10Gb SFP+ run at 1Gb? The answer also depends. You need to downrate the 10G SFP+ transceiver on the switch, but practically no one will be encouraged to do that. In particular, from the economic point of view, assuming that you have one 1G switch and one 10G switch and if you connect them with two 10G fiber optic transceiver modules, what you can expect to get? 1G network connectivity! Since the 10G ports can take 1G modules, and the result remains the same, why not replace 10G modules with 1G ones?

Can SFP+ Optics Auto-negotiate Down to 1G with Gigabit Switch?

For fiber-based transceivers such as fiber SFP and SFP+ optics, auto-negotiation is not supported. As a protocol, auto-negotiation only works when it’s running on both sides of the link. The two devices connected in the link will decide together the best speed and duplex mode. Most SFP and SFP+ transceivers only run at their rated speed as they are manufactured, thus 10Gb SFP+ optics on 10Gb switch can not auto-negotiate down to 1Gb if the other end is a gigabit switch.

For the issue of SFP to SFP+ compatibility, a simple answer is that it depends. The above lists three network switches of which 10G ports can take 1Gb SFP modules. To make sure the network transmission is smooth, you need to consult the switch vendor to ensure the connectors on both ends are the same and no manufacturer compatibility issue exists.