How to Maintain the SFP Module?

In an optical networking scenario, multiple devices located at various locations need to be connected through optical fiber cable to attain secure and uninterrupted communication across large distances. Usually, these devices occupy a small physical space; hence, a compact device is preferred for connecting network components.

The SFP module is a transceiver used widely for connecting network devices, such as Network Interface Card (NIC), media converters, and switches, making it important equipment in optical fiber connections. Due to the compact size, these modules have seen a huge demand in recent years. What are SFP modules, and how are they beneficial? Let’s find out:

SFP module, also known as small form-factor pluggable or mini GBIC (gigabit interface converter), is a compact, hot-pluggable optical transceiver module that is widely used for both telecommunication and data communications applications. Its SFP port accepts both optical modules and copper cables. That’s why it’s developed and supported by many network component vendors. 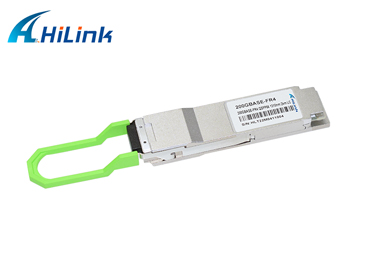 SFPs support several standards, including Ethernet, Fiber Channel, and SONNET. The module allows transmitting gigabit and other Ethernet LAN packets over TDM-based WAN. Also, it can be used for the transmission of E1/T1 streams through packet-switched networks. SFPs are an upgrade to Gigabit Interface Converter or GBIC modules and are hence known as mini GBICs because they have functionality similar to GBIC transceivers but are compact in size. They also allow higher port density compared to GBICs. Port density is the number of transceivers per inch along the motherboard’s edge.

SFPs are available in different specifications, which allow users to customize the networking equipment according to their needs. As the SFP transceiver is hot-pluggable, it also allows users to upgrade or modify the network infrastructure easily. SFPs are available in single mode as well as multimode, and depending on the type of SFP (SFP, SFP+, QSFP, or QSFP+), they can be used for transmitting data from 500m to 80 km, with data transfer rates from 10 Mbps to 40 Gbps.

2. What’s the difference between single mode SFP and multimode SFP?

3. What’s the difference between SFP and SFP+?

SFP and SFP+ have the same size and appearance. The main difference between SFP and SFP+ is that SFP is often used for 100Base or 1000Base applications, while SFP+ is used in Gigabit Ethernet applications. And the data rate and transmission distance of them are also different. For example, SFP supports speed up to 4Gbps Fibre Channel transceiver, while the speed of SFP+ transceiver is up to 10.3125Gbps. 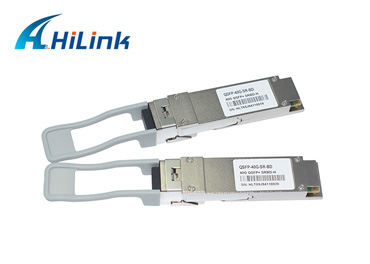 4. Can we use SFP hardware in SFP+ slots?

In many cases, the SFP+ port accepts SFP optics, but the speed will be down to 1G instead of 10G. However, SFP+ optics cannot be plugged into the SFP port, because SFP+ does not support speed under 1G. In addition, almost all SFP+ ports on Cisco switches can support SFPs, but many SFP+ ports of Brocade switch only support SFP+ optics.

5. How to maintain the SFP module?

Previous:  What Are SFP Ports Used for?
Next:  Single Mode SFP vs Multimode SFP: What’s the Difference?