Several devices used in fibre optic networks may have similar operations. SFP modules and media converters are two devices with similar functions and end uses. Due to certain similarities, these devices are often confused, but in reality, they are quite different.

With their different architectures, the working principles of fibre optic SFP modules and fibre optic media converters differ in some respects. However, the end result of both devices can be interchanged under compatible operating conditions. This article introduces fibre media converters and fibre SFP modules and then discusses the differences between their respective operating principles. It also provides some key points to keep in mind when choosing an SFP module or Ethernet media converter for a particular application.

The following tips will help you understand the differences between fibre optic SFP modules and fibre optic media converters.

Depending on which port the data source is connected to, the SFP module gives the opposite output.SFP modules can be used for telecommunication and information communication operations. However, as small pluggable transceivers, these devices have hot-swappable connectivity, allowing plug-and-play operation of these devices. 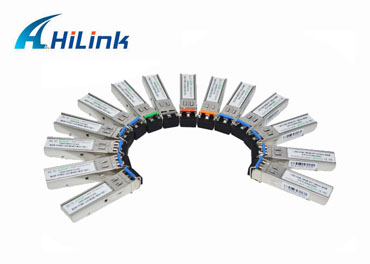 Since SFP modules and media converters are being analysed according to their respective properties and operating principles, it is important to focus on the following key points before choosing one of these devices for your application.

The fibre optic SFP module is compatible with communication standards such as SONET, Fibre Channel and Gigabit Ethernet.

Multiple wavelengths of optical transmission are possible with fibre media converters as they support multimode to single mode conversion, as well as dual fibre link transmission for bi-directional conversion.

Whichever device you find suitable for your application, attention must be paid to the build quality and performance efficiency of these devices. Therefore, you should source your SFP modules from a trusted supplier such as Hilink. This company offers high-quality fibre optical products and networking solutions.

Perhaps you are also interested in: Understanding the Different Types of SFP Modules.