What Are the Differences Between Transceivers And Transponders?

In fiber-optic communication, the optical transceiver is designed to transmit and receive optical signals. Commonly used transceiver modules are hot-swappable I/O (input/output) devices that module sockets on the network devices, such as network switches, servers, and so on. Optical transceivers are often used for data centers, enterprise networks, cloud computing, FTTX networking systems.

There are multiple kinds of transceivers, including 1G SFP, 10G SFP+, 25G SFP28, 40G QSFP+, 100G QSFP28, 200G, and even 400G transceiver, etc. They can be used with various cable or copper cables to achieve a short-distance or long-distance transmission in the network. Additionally, there are also BiDi fiber optic transceivers that allow modules to transmit and receive data via a single optical fiber to simplify cabling systems, increase network capacity and reduce cost. Also, the CWDM and DWDM modules that multiplex different wavelengths to one fiber are suitable for long-distance transmission in WDM/OTN networks.

You can find the high-quality optical transceiver, click here. 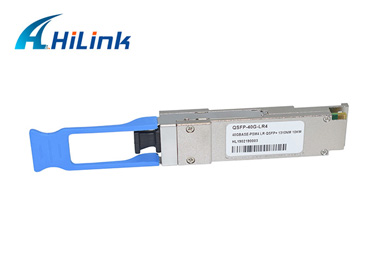 The transponder is a compound word of transmitter and responder and it is also called WDM transponder or optical-electrical-optical (OEO) wavelength converter. The transponder can automatically receive, amplify, and then retransmit a signal on a different wavelength without altering the data/signal content.

There are 10G, 25G, and 100G fiber optic transponders in the market. The 10G/25G OEO transponders can achieve the conversion of multimode to single-mode fiber, dual fiber to single fiber, and Ethernet signal into the corresponding WDM wavelength that supports the “Three Rs” to Retime, Regenerate and Reshape the optical signals. They are usually applied for the WDM (Wavelength Division Multiplexing) system, especially in the extreme long-distance DWDM (Dense Wavelength Division Multiplexing) transmission. As for the 100G transponders, they are used for transforming QSFP28 transceivers into 100G coherent CFP modules to aggregate and transport 100G services over a 100G OTN DWDM wavelength in long-haul applications. 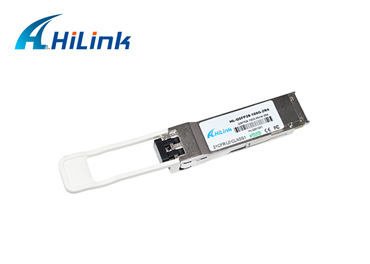 Transceiver vs Transponder: What Are the Differences?

A transponder and transceiver are both functionally similar devices that convert a full-duplex electrical signal into a full-duplex optical signal. The difference between them is that the fiber transceiver adopts a serial interface and it can transmit and receive signals in the same module, whereas the transponder uses a parallel interface and it needs to work with two fiber optic modules to achieve the whole transmission. That is to say, the transponder needs to transmit signals by a module on one side and then get a response to this signal by a module on the other side.

Although the transponder can handle lower-rate parallel signals easily, it has a larger size and higher power consumption than transceivers. Additionally, optical modules can only provide an electrical-optical conversion, while transponders can achieve the optical-electrical-optical conversion from one wavelength to another wavelength. As such, transponders can be considered as two transceivers placed back-to-back and they are more likely to be applied for long-distance transmission in WDM systems that common optical transceivers fail to reach.

In summary, transceivers and transponders differentiate in functions and applications essentially. Fiber optic transponders are versatile for transforming different types of signals, including multimode to single-mode, dual fiber to single fiber, and one wavelength to another wavelength. The transceivers can only convert the electrical signal to optical single which is always applied for servers, network switches in the enterprise and data center networks.