The Difference Between Various Types of Fiber Optic Transceivers(Part 2)

1. Appearance: Both are almost the same in size and appearance. This allows equipment manufacturers to reuse existing SFP physical designs for network switches with SFP+ ports.

3. Compatibility: SFP+ ports can also be backward compatible with SFP, but the speed is reduced by 1 Gbit/s. The SFP+ transceiver cannot be inserted into the SFP port, otherwise the product or port will be damaged.

2. Transmission speed: SFP28 is an upgraded version of SFP+. SFP28 has been upgraded to handle 25 Gbit/s per channel, while SFP+ only supports 10 Gbit/s. 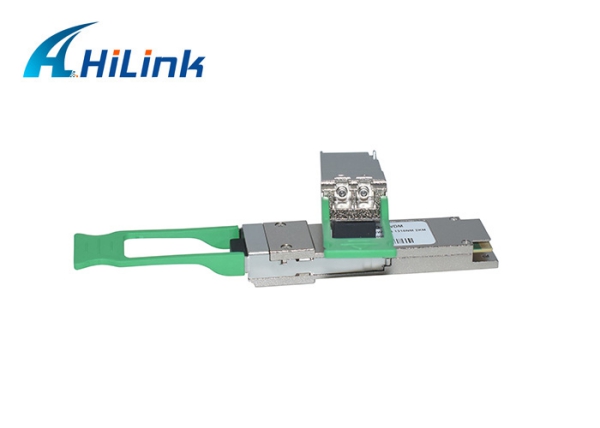 3. Compatibility: SFP28 is a disconnected cable applied to SFP28 in the form of QSFP28. The following shows the direct connection from 100G QSFP28 to 4x SFP28 DAC.

1. Appearance: Although both QSFP+ and QSFP28 transceivers integrate 4 transmit and 4 receive channels, they are the same size. In addition, the product series of QSFP+ and QSFP28 both include transceiver modules and DAC/AOC cables, but at different speeds.

3. Compatibility: Please note that usually, QSFP28 modules cannot break into 10G links. But inserting a QSFP+ module in the QSFP28 port is another situation if the switch supports (how to implement 4x 10G mode on the QSFP28 100G port, please visit QSFP28 100G port to play 40G, 25G, and 10G). In this case, QSFP28 can break through 4x10G like the QSFP+ transceiver module.

SFP and SFP+, SFP28 and SFP+, QSFP+ and QSFP28 can be seen from the comparison, the main driving force for the development of optical transceivers is the need to use a smaller form-factor to obtain higher bandwidth rates. For example, in the same form-factor, QSFP28 provides more bandwidth than QSFP+.

The information is provided by the transceiver supplier.

Previous:  What Is An Active Optical Cable?
Next:  Introduction to QSFP28 Optical Module