What Is An Active Optical Cable?

The global data volume has exploded and entered the era of high-speed optical interconnection. It has driven the development of the data center and high-performance supercomputer center (HPC) markets with storage, high-speed routers, and supercomputing as the core. Active optical cable products are one of the main interconnection methods between these core devices.

There are two key processes in the AOC production process: chip mounting process and fiber coupling process, which are also the biggest technical difficulties. The chip mounting process adopted by AOC is the cutting-edge Flip-Chip process (also known as the flip-chip method), which is not only a chip interconnection technology but also an ideal chip bonding technology. 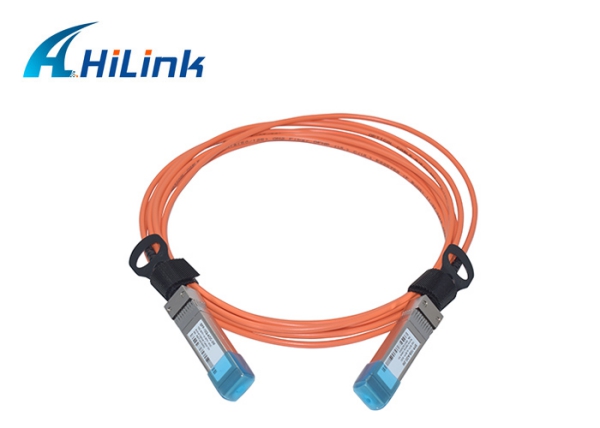 Traditional data center interconnections are mainly based on coaxial cables. AOC active optical cables have many significant advantages over interconnecting copper cables. Due to the non-exposed optical interface of AOC, compared with the interconnection system composed of independent components (optical transceiver module, optical fiber jumper), there is no problem of optical interface cleanness and contamination. The system stability and reliability are greatly improved, and the maintenance cost of the computer room is reduced.

Compared with copper cables, AOC has the following advantages:

Lighter: the weight is only one-fourth of the direct-connect copper cable, and the volume is about half of the copper cable

Larger bandwidth: No equipment upgrade is required, with a throughput of up to 400Gbps.