What Is the Difference between CWDM/DWDM Wavelength Division Multiplexing Equipment?

An effective way to address the increasing bandwidth of information transmission today is to use CWDM WDM equipment and DWDM WDM equipment, but they differ in many ways.

The channel spacing is defined as the difference in nominal carrier frequency between two adjacent optical channels and is generally used to prevent inter-channel interference. DWDM devices can transmit 40, 80 or 160 wavelengths with a channel spacing of 0.8 nm. 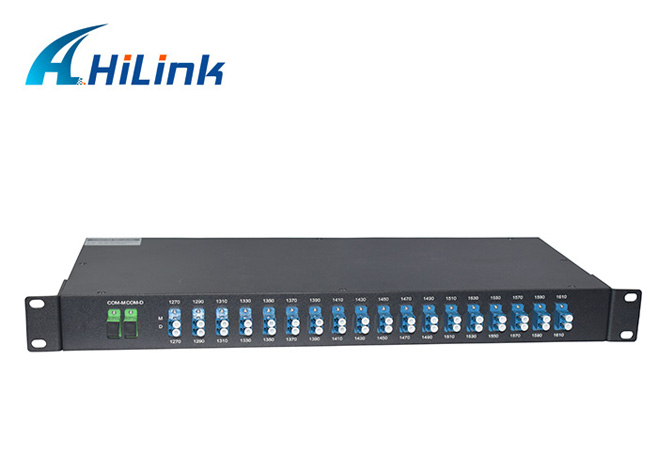 The system of DWDM WDM devices has a non-uniform temperature distribution over a wide wavelength range and therefore increases the cost of using the system of DWDM WDM devices when using cooling laser technology to regulate the temperature. In addition, DWDM WDM systems are also typically four to five times more expensive than CWDM WDM systems. However, with the increasing popularity of dense wavelength division multiplexers (DWDM), the price of DWDM optical modules is nearly 20-25% lower than the price of CWDM optical modules.

Which is better to use for CWDM/DWDM WDM equipment?

Dense Wavelength Division Multiplexing (DWDM) equipment has made great strides in reducing costs due to increasing bandwidth requirements and is therefore becoming more and more popular in the market. However, Coarse Wavelength Division Multiplexing (CWDM) equipment still has a high price advantage in connection rates below 10G and in short distance transmission scenarios. It is still the most viable device available for network construction at low data rates.

CWDM WDM devices and DWDM WDM devices have their own advantages in OTN networks. As CWDM WDM devices have the advantage of being able to use lower cost distributed feedback lasers without cooling and inexpensive passive filters, CWDM WDM systems are now widely used in DWDM WDM systems. Although the use of CWDM technology in DWDM systems also enables the use of cheaper optical modules, the number of wavelengths available in the system is reduced due to the larger CWDM channel spacing, which limits the transmission capacity of the system and therefore somehow fails to catch up with non-hybrid DWDM WDM equipment.

The above analysis shows that in the future CWDM and DWDM WDM equipment will complement each other rather than replace each other.