Do You Know the Difference between Optical Modules?

SFP, SFP+, SFP28, QSFP+ and QSFP28 are types of optical modules that are not new to professionals. All of these hot-plug modules can be used to connect network switches and other network devices (such as servers or transceivers) for data transmission. But do you understand the specific differences between these modules, whether QSFP28 and QSFP+ are compatible and whether SFP28 modules can be used in SFP+ slots? If you have these questions, scroll down and this article will take you to the answers.

Differences and similarities between SFP, SFP+, SFP28, QSFP+ and QSFP28

Next, the optical module supplier will describe the specific similarities and differences between the two.

SFP and SFP+ modules are not identical in size and appearance, so equipment manufacturers can use SFP physical designs on switches with SFP+ ports. Due to the same size, many customers use SFP modules on the SFP+ ports of their switches, which is possible, but at a reduced rate of 1Gbit/s. Also note that SFP+ modules cannot be used in SFP slots, as this may result in port or module damage. In addition to this aspect of compatibility, both SFP and SFP+ have different transmission rates and standards: SFP up to 4Gbit/s, SFP+ up to 10Gbit/s; SFP based on the SFF-8472 protocol, while SFP+ based on the SFF-8431 and SFF-8432 protocols. 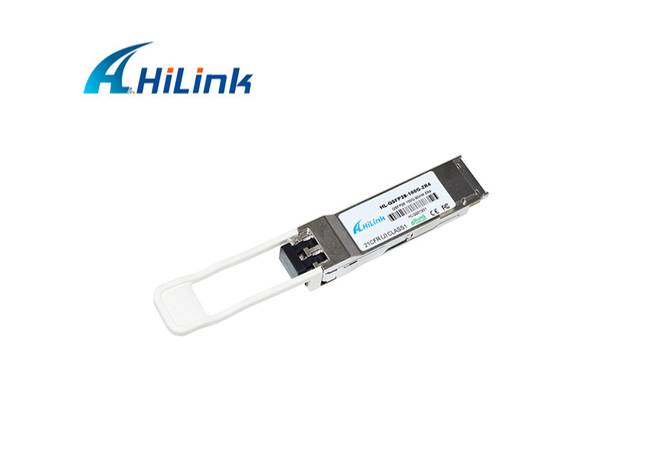 The SFP28 is an upgraded version of the SFP+ and has the same dimensions but different transmission rates, 10 Gbit/s for the SFP+ and 25 Gbit/s for the SFP28. If the SFP+ optical module is inserted into the SFP28 port, the link transmission rate will be 10 Gbit/s and vice versa. In addition, SFP28 directly connected copper cables have higher bandwidth and lower losses than SFP+ directly connected copper cables.

Although both SFP28 and QSFP28 are marked with the number "28", they differ in size and protocol standard; SFP28 supports a single 25Gbit/s channel and QSFP28 supports four 25Gbit/s channels. Both can be used in 100G networks, but in different ways. The 100G QSFP28 can be used for 100G transmission in the three ways mentioned above, but the SFP28 relies on QSFP28 to SFP28 branch high-speed cables.

The QSFP+ and QSFP28 optical modules are identical in size and both have four integrated transmit and receive channels. In addition, although both the QSFP+ and QSFP28 series also have optical modules and DAC/AOC high-speed cables, both have different rates. the QSFP+ module supports a single channel rate of 40 Gbit/s, the QSFP+ DAC/AOC supports a transmission rate of 4 x 10 Gbit/s. the QSFP28 module transmits data at a rate of 100 Gbit/s. Note that QSFP28 modules cannot be used for 10G branch links, but if the switch with QSFP28 ports supports QSFP+ modules, a QSFP+ module can be inserted into the QSFP28 port to achieve a 4 x 10G branch link.

The differences between SFP and SFP+, SFP28 and SFP+, QSFP+ and QSFP28 optical modules have been explained in detail above. Although some of these have similar size profiles, they all operate at different rates. It is easy to see from the comparison that the main driver for the development of optical modules is to achieve higher bandwidths in a smaller size, as evidenced by the fact that QSFP28 and QSFP+ are the same size but have higher bandwidths.

Previous:  How Does the QSFP28 ER4 Work?
Next:  What Is the Difference between CWDM/DWDM Wavelength Division Multiplexing Equipment?