40G, the dominant high-speed transmission technology of today, highlights the current state of network bandwidth bottlenecks faced by high traffic services. The growing demand for optical modules in enterprise networks and data centers - the popularity of 40G QSFP+ optical modules is the main reason for this growth. This has inevitably led to a debate about the place of 40G networks in the market: Is this a temporary pavement for the transition to 100G? Or is there a long-term, more sustainable, and stable market for 40G networks? 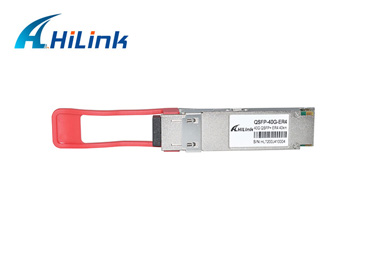 To accommodate the explosive growth in data traffic, enterprises and service providers are deploying higher bandwidth and more expensive ports in network construction. It is believed that this trend will continue in the coming years. 40G networks are now the new high-growth market and have become the first choice for data centers. Even though we have started to see growing interest in 100G solutions in the commercial market, the demand for 40G optical modules remains steady. 40G networks are deployed widely and deeply, and 40G is an essential and important technology in critical areas such as metro, subsea and other situations where there is no necessary reason to use 100G networks.

40G is everywhere and 100G is coming at an accelerated pace

The future is bright for 40G and even 100G, and a higher speed of 200/400G is already available. Meanwhile, 10G/ 40G ports are still available. The Ethernet Alliance says that not all networks need to run at the fastest speeds. The need for speed is actually application-dependent, and in some applications, lower rates will suffice. So far, 10G / 40G links can serve many applications well (and maybe considered low speed in the future).

The 40G market will eventually enter the general deployment phase. Consumer demand is putting pressure on network capacity and as long as this dynamic remains intact, 40G network deployments will continue to grow at a healthy rate. In order to move the market toward mass adoption of 40G, the industry is now working to reduce the cost of deploying 40G networks. Flying Speed (FS) 40G optical modules have won widespread acceptance from users for their significant advantages in compatibility and extended transmission distance.