The Development of Optical Modules

The development history of optical modules

With the continuous development of communication technology and Internet-based applications, people’s requirements for computing power and data storage are gradually migrating from personal hosts to the “cloud”, and some of the original internal computing and storage requirements of enterprises are also accompanied by cloud computing. The cost and management advantages brought by growth have been migrated to the "cloud". The demand for computing and storage capabilities of individuals and enterprises is the driving force that has promoted the development of data centers in recent decades. The so-called "cloud" corresponds to the data center.

What's in the data center?

The data center is actually neatly stacked with servers and various switches/routers. The servers and switches are filled with various optical modules for data transmission and exchange.

Speaking of this, we start to introduce the history of optical transceivers.

From primitive social communication basically relying on a roaring, to flying pigeons to passbooks, to telephone and telegraph, until today's optical network, communication technology has been continuously developing. However, the three basic elements to complete information transmission, namely, the source, channel, and sink, that is, the transmission, transmission, and reception of information, these three points are indispensable; all technological development is achieved around these three points.

When communication enters the stage of applying modern technology, electricity is the research object first, and the quality of communication is improved based on the characteristics of electricity.

From the early fixed telephones to 2G and 3G wireless communications are basically electrical communication methods. In recent years, the "light advances and copper retreats" that everyone has often heard, refers to the fact that cables cannot achieve long-distance transmission of high-speed signals due to the nature of the cable medium itself, which limits its further development. 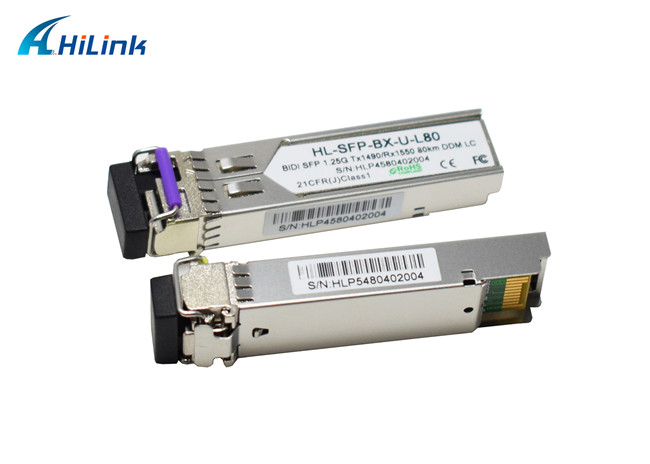 When using electricity to transmit a signal, as the transmission distance increases, the higher the frequency, the greater the loss, and the more severe the signal distortion, which causes the receiver to make a judgment error and cause a communication failure.

The early optical modules started from 155Mb/s (1.55 million bits per second) to 622Mb/s, 1.25Gb/s, 2.5Gb/s, and up to 10Gb/s, using time-division multiplexing technology. That is, TDM (Time Division Multiplexing), which transmits more bits per unit time. However, no matter how fast the transmission rate of an optical module is, it is not as good as several transmissions at the same time. Then there will be parallel transmission gradually, called parallel, 4 parallel called QSFP, 12 parallel called CXP.

For short-distance transmission, some optical fibers used for parallel transmission have little difference in materials and construction costs. But for long-distance communication, the construction cost of laying an optical cable is much greater than the material itself. For long-distance transmission, TDM time-division multiplexing will be limited by the switching frequency of electronic devices, so one optical fiber is used to transmit multiple wavelengths. The technology was born, we call it WDM (Wavelength Division Multiplexing), WDM is divided into two types, 20nm interval CWDM (Corse DWM, coarse wavelength division multiplexing) and 0.8nm interval DWDM (Dense WDM dense wavelength division Reuse).

Previous:  How to Check the Optical Signal Strength of the SFP Optical Module?
Next:  Basic Principles of SFP Transceivers